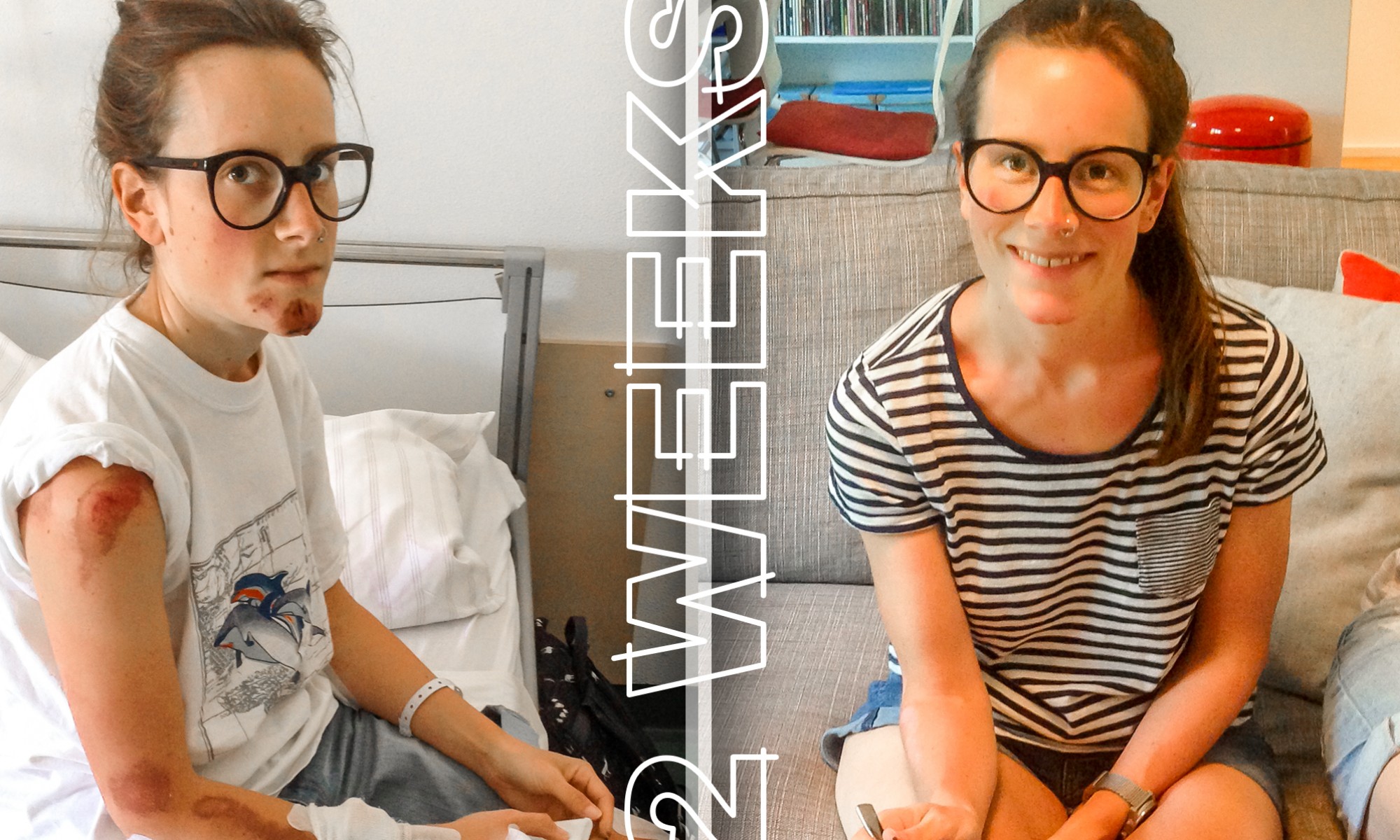 On 25 May, I crashed on my road bike, which came as an unpleasant surprise because I had always felt so safe riding it. After a great ride with lots of climbing we were almost at home when I must have hit a pothole on the last descent and my rear wheel went up. I flew over the handlebars and landed on my chin.

People driving past immediately stopped, took care of me and called an ambulance. I’d been riding with my boyfriend Niels, so he was with me the whole time as well and didn’t only support me with everyday tasks in the following weeks, but also helped me to see the humour in what had happened. I think he knows how grateful I am for that.

The result of the examination was as follows: two cuts on my chin, road rash all over my body and a bruised jaw. But no broken bones, all organs intact, all teeth still firmly in place! So I had definitely been extremely lucky, but I still had to stay in hospital overnight for observation.

It has been almost four weeks since I crashed, and nearly everything has healed by now. The worst thing was that I couldn’t chew for about two and a half weeks and therefore couldn’t eat much. I mainly had soup, mash and ice cream, so I was really excited when I could have solid food again for the first time 🙂 By the way, I wasn’t able to laugh in the first two weeks, either – that’s why I look worse than I felt in the first pictures.

A bit more than a week after my crash, I rode my road bike again for the first time because I still wanted to take part in Rund um Köln on 11 June, but I realized it was too soon and would have been too dangerous. I wasn’t able to move my head properly, and whenever I went over a bump, my jaw and ears hurt. Therefore, I went to the race as a spectator and cheered my sister Marion and Niels on. Without me in tow, they both did extremely well. In what was only her second race ever, Marion even came third in her age group!

Last week, I started training again. I went road cycling and mountain biking, and I even went for a short run. In hospital, people had kept telling me I should quit cycling, but this thought never entered my mind. Of course, there are some risks in cycling, but I’ve also taken a nasty fall off the balance beam while practising gymnastics, fallen off horses when riding and once I somehow kicked myself so hard while running that I bruised my knee and couldn’t walk properly for weeks. Shit happens, but that won’t make me sit on my butt all day. 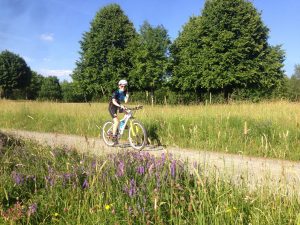 One thing I’d recommend everyone to do, though, is to always – ALWAYS – wear a helmet when you go cycling. Even if you think, “I won’t go fast”. Or, “I won’t go far.” It makes a lot of sense to wear gloves, too. Thanks to my gloves, I could use my hands normally again after just a few days. That’s enough advice for now 😉