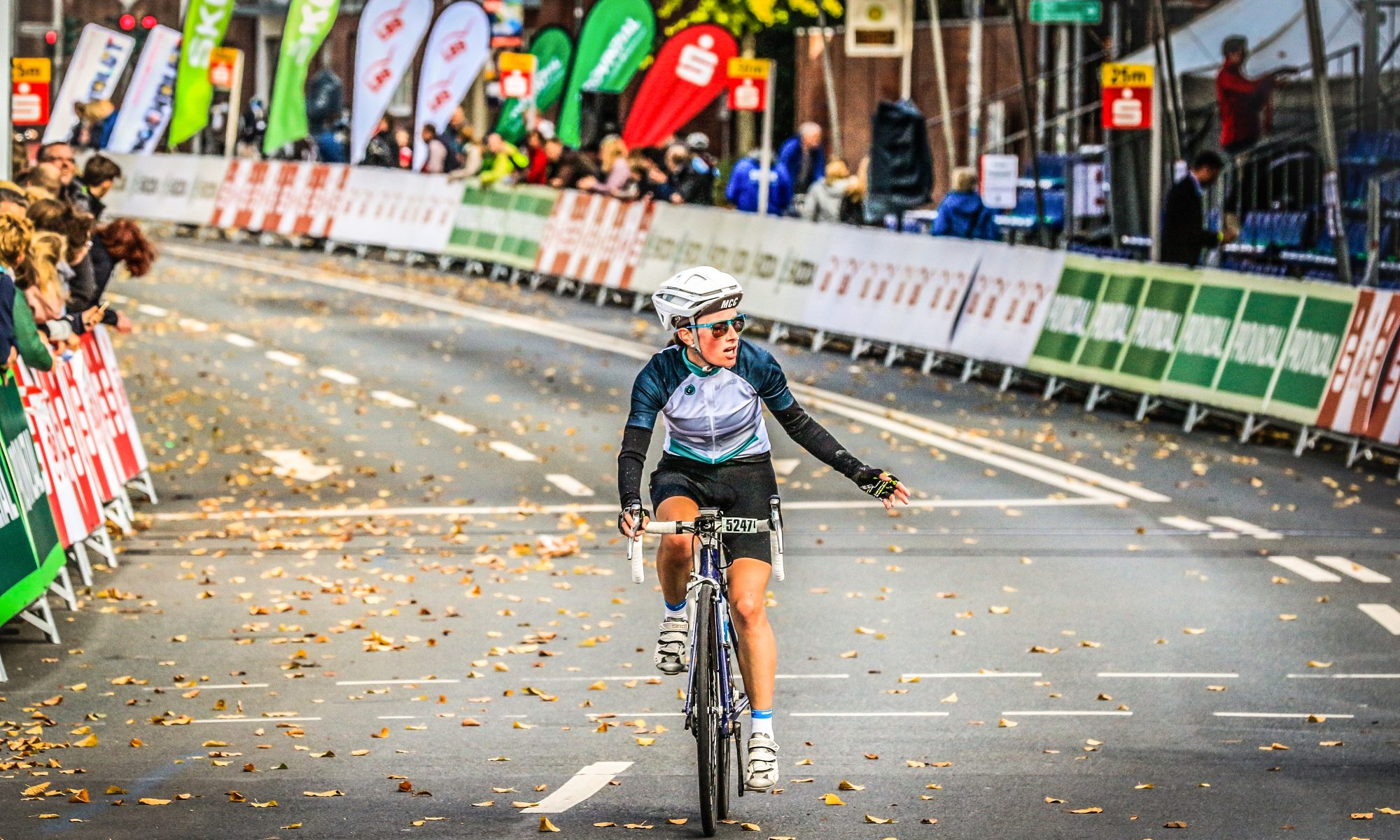 Since I’ve never been fitter and keener to ride my bike than I am at the moment, I really wanted to take part in another race before the classic season ends. The Münsterland Giro, the third largest road race in Germany, naturally suggested itself. The Münsterland region is very flat and the race therefore faster than the ones I’d participated in so far. I decided to enter the 95-km race so that the long drive to Münster would be worth it. 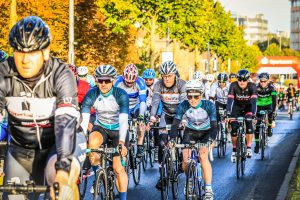 In contrast to other competitions, I was pretty relaxed before the start. Nothing much could happen on a flat route with few corners, could it? It didn’t take long until I was proved wrong, however. Briefly after the start at 8:50 a.m., I saw the first ambulance on the left lane, and the paramedics were taking care of a cyclist who had obviously crashed. More crashes followed soon after. 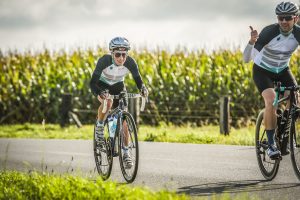 Even on the first 20-30 kilometres, many cyclists were riding as aggressively and hectically as if they were just about to sprint for the title of World Champion, so I only thought: “I just want to get to the finish line in one piece, the time doesn’t matter.” Niels and I quickly joined a big group, stayed right at the back and simply went along at their pace. Once, the two of us accelerated to join the group in front of us, but our former group caught up with us a few minutes after, so the effort didn’t really pay off. You never know that beforehand, though 😉 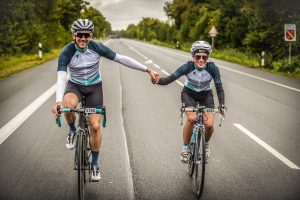 While the first half of the race was rather easy in terms of the pace, the second half was a lot more challenging. More and more people were dropped, and I was very proud of myself because, again and again, I managed to catch up with the large group despite not being able to sprint at all. 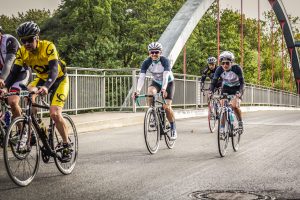 With about 10 kilometres to go, our group dissolved for good, and Niels and I overtook quite a few other cyclists on the last section of the race. Some slipstreamed behind us for a while, but apart from one very strong female rider nobody was willing to take the lead. I definitely enjoyed the last kilometres most, especially because we were able to get rid of all the men who had rested behind us before the finish line. In spite of my relaxed approach, I ended up with an average speed of 36.85 km/h and came 22nd out of 109 women, which I’m super happy with. Neither my body nor my mind are made for fast, flat races, and I really surprised myself there 🙂 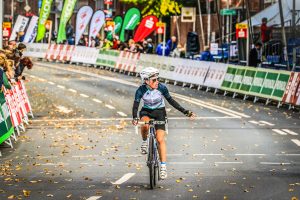 Although I was so happy with my performance, I have to admit that I had mixed feelings after the race. The organization of the Münsterland Giro is great (from the number collection to the food and drinks after the finish line), the roads were great and even the weather was fine – the many crashes (35 cyclists ended up in hospital) and the many unnecessary risks some of the riders were taking unfortunately made the event a lot less fun than it could have been, though.