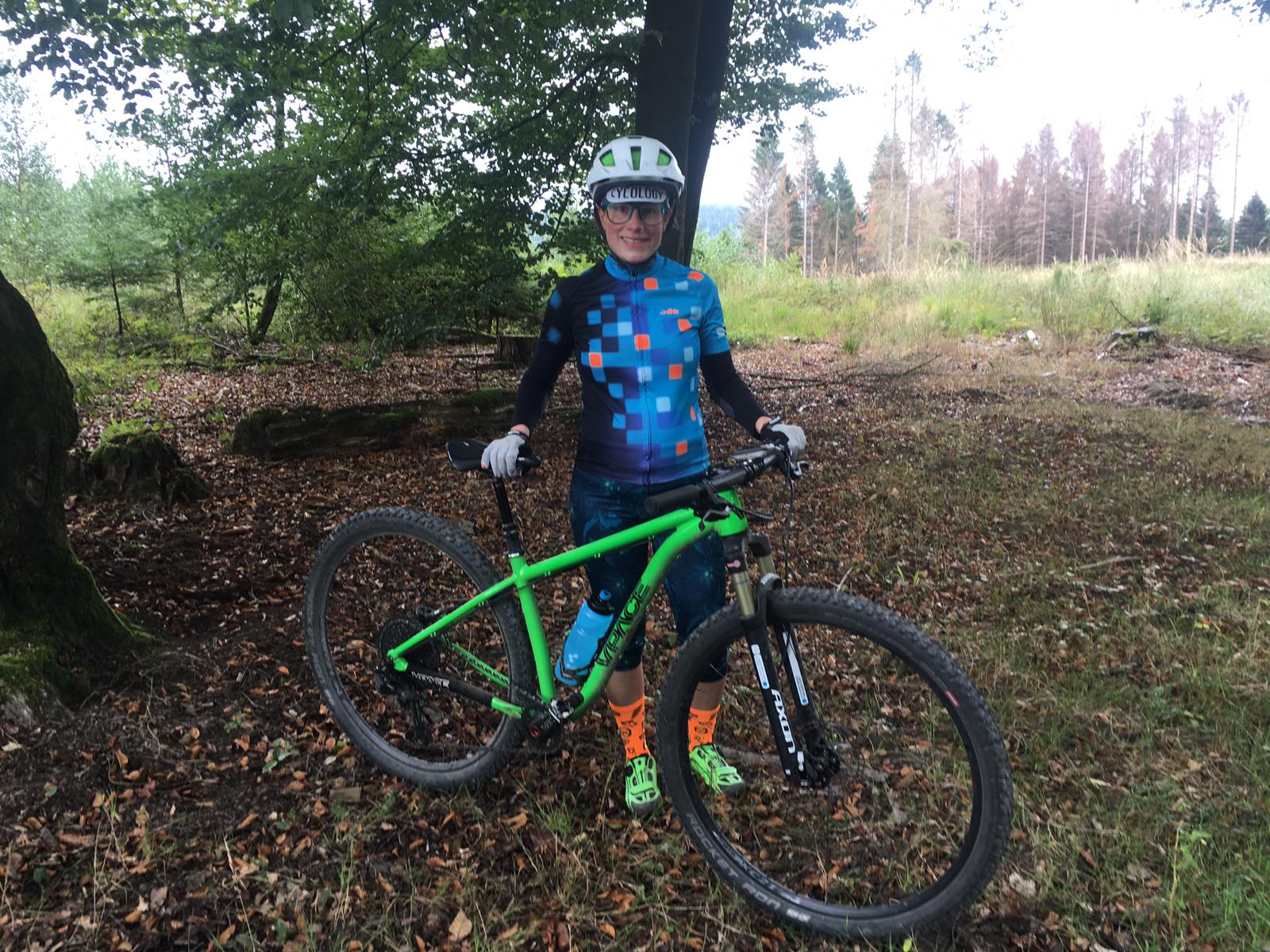 “Giving birth is like running a marathon, and no marathon runner would show up at the start line without having trained beforehand.” That is how the midwife who gave our prenatal classes put it. She advised all of us participants to be as active as possible for the remainder of our pregnancies.

I have been wanting to write this blog post since I was pregnant, and now that our son is almost nine months old, I finally got round to doing it. I would like to tell you how I kept fit during my pregnancy, especially because I looked for accounts by other pregnant amateur athletes at the beginning of my pregnancy, but could not find many.

Let me stress two things first: I am neither a doctor nor a midwife, I only want to write about my personal experiences – you should definitely talk to a health professional if you are pregnant and would like to exercise. And maybe even more importantly, always trust your gut – if you are pregnant and do not feel comfortable with continuing to exercise even though you could from a medical point of view, do not force yourself to work out, but maybe just go for walks instead.

But let me get to my personal experiences now: When I took a pregnancy test in May 2019 and got a positive result, it was very important to me to talk to my obstetrician about exercising during pregnancy: Would I be able to continue exercising at all? If so, what would I need to keep in mind? I love being active, and it would probably have been a challenge for me not to exercise at all until the delivery. 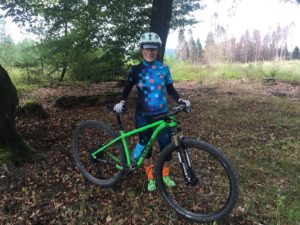 However, my obstetrician encouraged me to keep working out because it is beneficial for the mother’s and child’s physical and mental health. She also said that the sports I mainly practice – cycling and running – were particularly good because they make you move your legs a lot, which reduces the risk of thrombosis. She did not tell me a specific heart rate I should not exceed because it is different for everyone; she just told me I should not get out of breath to make sure that the baby receives enough oxygen and that I should not try any new sports my body was not used to. 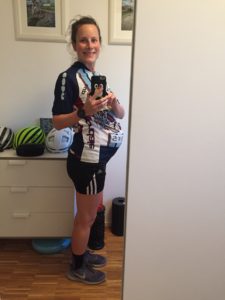 After that doctor’s appointment, I was very relieved, and I continued to ride my bike, run and do strength training in the following months. It was not all that different from what I did before my pregnancy – I just avoided roads as much as I could because I felt that the accident risk was too high there. Instead, I put my road bike on the indoor trainer and rode my mountain bike in the forest (on my mountain bike, the position was most comfortable for me with my baby bump, too). And although you should not primarily rely on numbers, but on your own feeling, I watched my heart rate on my running watch and bike computer and made sure that it did not exceed 160 bpm (about 85 % of my maximum heart rate). While this meant that I sometimes had to go uphill at 3 km/h, it was actually useful because it made me work on my balance 😉 For strength training, I reduced the weights, did more repetitions and skipped the exercises that put a strain on my belly. 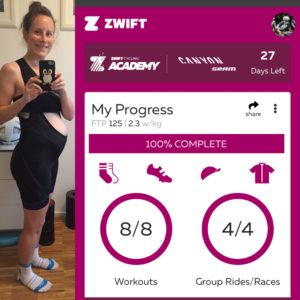 In August/September, I even participated in the Zwift Academy again. In 2019, it consisted of eight workouts and four group rides or races. In order to be able to complete the workouts without my heart rate rising too high or getting out of breath, I lowered my FTP manually (before I was pregnant, it was about 3.7 W/kg for indoor training, by the end of the Zwift Academy, I had lowered it to about 2.3 W/kg). Even though I did not participate to become fitter last year, but rather to not lose too much fitness, the programme itself and the feeling of being in this together with so many other women were once again super motivating. Thanks to the Facebook group (CANYON//SRAM Racing | Zwift Academy), I was also in touch with two other pregnant participants, which motivated me even more to complete all of the workouts and group rides. By the way, Zwift has now developed workouts specifically for pregnant cyclists, and episodes 55 and 57 of the Zwift PowerUp Cycling Podcast are all about cycling during pregnancy and getting back on the bike after your baby is born.

In November, I switched over from cycling and running to walking, not because I thought I was not able to cycle or run any more, but because I had to pee at least every 20 minutes especially when cycling. On top of that, we built a house last year and moved at the end of October/beginning of November, and I did not want to risk overexerting myself by both moving house and continuing to exercise without realizing it. 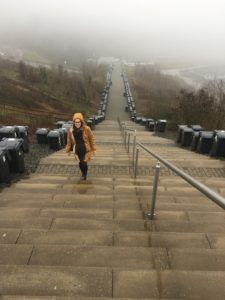 Luck definitely played a role in that my pregnancy and the delivery went really well for me, but I am sure that it also had to do with all of the moderate exercise: Throughout the entire pregnancy, my back was never sore, I was never fatigued and I did not have any major mood swings. The weight I gained (13 kg) was within the range recommended for my height and weight before I was pregnant, too. And while the delivery was exhausting and painful, I was able to walk for a long time while I was in labour, which, according to our midwife, accelerated the whole process.

And when your child has finally been born, it is of course also useful to be fit – most babies love being carried around or pushed in a pram.

I hope I could help some women who are currently pregnant and would like to keep being active in particular not to let others get to them and put them off of it even if there are no medical reasons why they should not exercise. It happened to me as well that some people said things like “You’re still running? I wouldn’t do that if I were you” or “I’m sure you won’t ride your bike now any more anyway, will you?” Luckily, those people were just exceptions in my case; everyone close to me supported me in my wish to keep being active.